We have prepared the Web Streaming (that was connected to 6 different channels and could be watched in 6 different languages) of EBRD 2013 Annual Meeting and Business Forum in which European Bank finances important projects that helps to the development of countries in Turkic Republics and Commonwealth of Independent States, which has been held in Turkey this year and Prime Minister Erdoğan and President Abdullah Gül have participated to.

The users who wanted to follow the meeting live in the system we have prepared were able to watch the broadcast which was live by inputting their information and choosing a language. Along with this, we have collected the statistical information of the live broadcast and evaluated it. 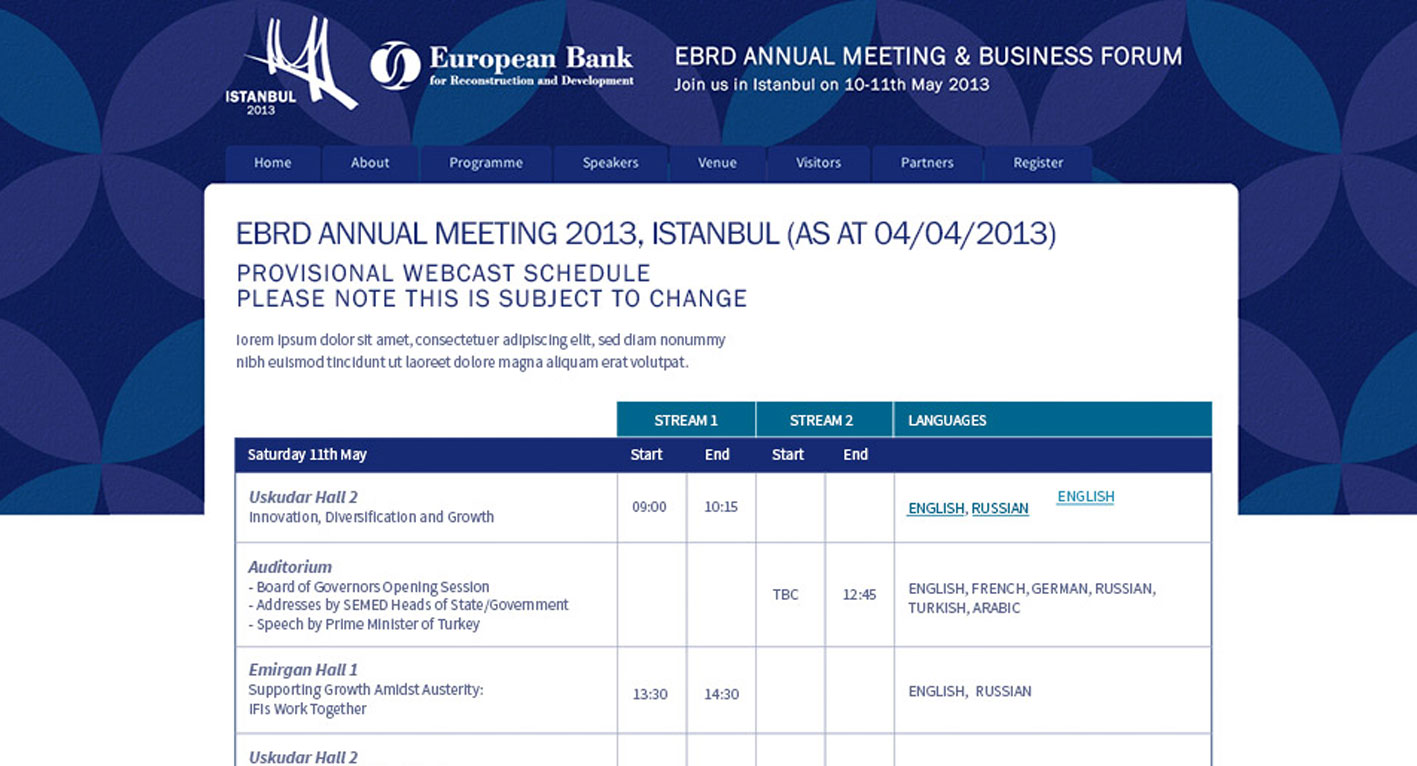 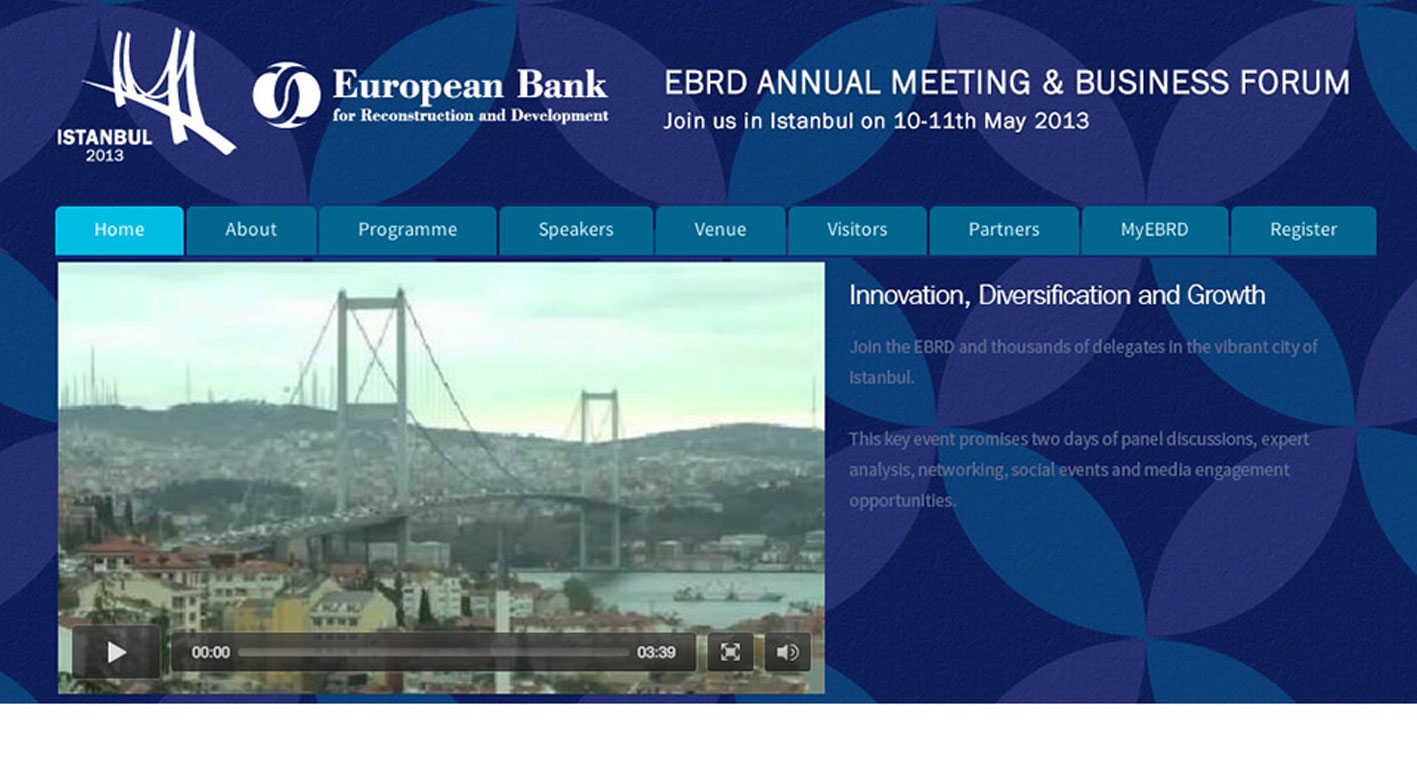